How to find our products?     My Account
HorticoledActualitésLED grow lights : How many per square meter?

LED grow lights : How many are needed per square meter?

If you’re wondering how many LED grow lights are needed per square meter of crop, then you first have to go further. The question does not bring a generic answer.

It will be hard to tell you that for 1m² of cultivation, you need a 600W LED horticole. Why ? Because the number of LED required depends on many factors, including:

Regarding the specificities of the lamp, you can for example look at the data-constructors, be sure you pay attention to several data, especially those expressed in watt.

The data to be taken into account are LED Watts and effective or consumed Watts. The LED watts correspond to the maximum power of the LED components that equip the lighting. For example a panel with one hundred LEDs of 3 watts will be sold as a 300 LED watts panel. Depending on the level of performance the manufacturer wants to achieve, he can choose to power these LEDs with a power of 80 to 300 watts approximately.

Why powering 300 LED Watts at a lower power?

Despite the given example, do not focus on lumens, you should be looking at the PPFD which measure the density of the photons emitted by your LED grow lights in the light spectrum assimilable by the plants and on a given surface.

Each plant has a specific light absorption rate. Then, you have to make the connection between your plants and the appropriate LED panel.

The distance between your LED gardening panel and the plants also vary depending on the plants and the lamp. The distance can be very variable according to the horticultural lighting, so it is preferable to refer to the manufacturer’s recommandations. 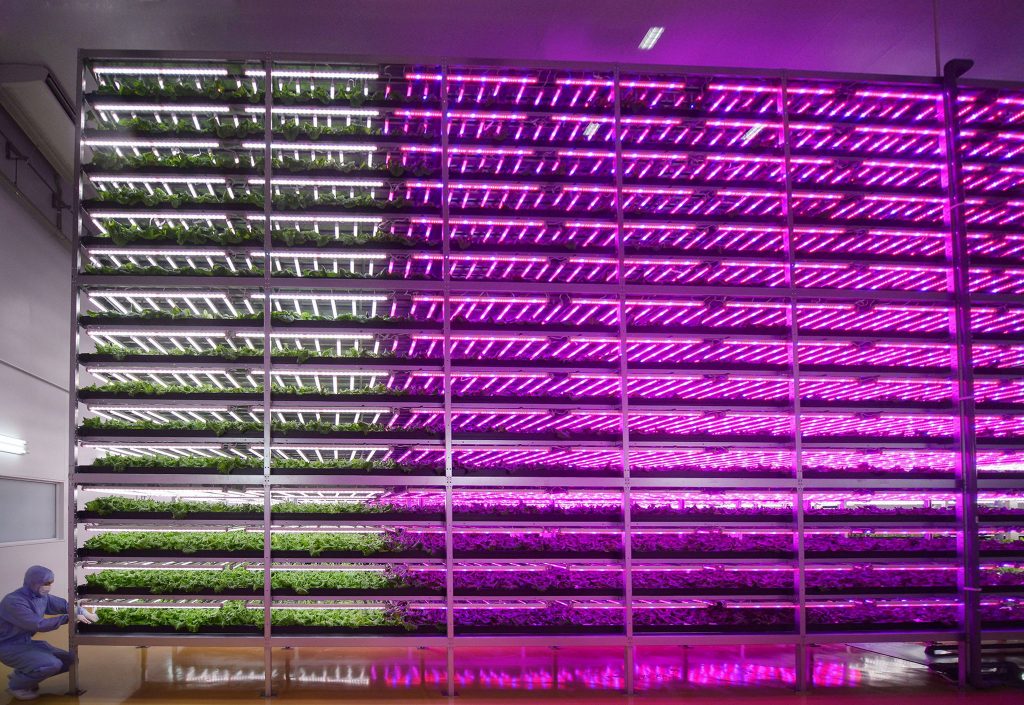 So, to sum up, the number of LEDs per square meter depends on :

The Horticoled team can accompany you in all your project culture. From simple greenhouse cultivation, to automated multi-layer cultivation according to your farming goals and budgets.